Want to go to New York for the weekend?  Now you can head out for a weekend in NYC from Chicago! Now American flights are just $109 RT. UPDATE: American is still aggressively discounting — at $109 RT.  This is a regular fare which allows for normal size carry-on and personal item in addition to advanced seat assignment.

United also has a $109 RT fare but that is a Basic Economy fare. United Basic Economy fares do not allow for any advance seat assignment. Rather, your seat assignment will be randomly assigned during check-in. In addition, normal size carry-on that does not fit under the seat is charge a $25 fee each way (but free if you have an United co-branded credit card or if you have United elite status). The regular fare from United with advance seat assignment and normal size carry-on included is $146.

Spirit also have a cheaper fare, but with all its fees, you will likely pay more. 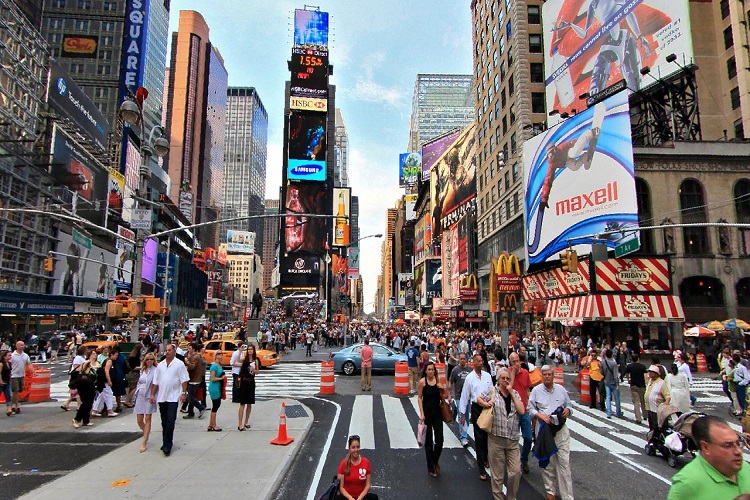 Even if you’re not mesmerized by New York City’s soaring skyscrapers and monuments, you’ll be blown away by its flourishing arts, food, fashion and nightlife scenes. You can spend your morning browsing Fifth Avenue’s designer racks and your afternoon catching stunning city views from the Top of the Rock Observation Deck. Or, if you’re an art lover, you can admire the striking works on display at the Met and the Guggenheim before feasting on ethnic fare in Chinatown or Little Italy. JUST $115 RT!!