Check out these great cheap flights from Chicago to Orlando in April and May for as low as $96 RT.     The city of Orlando is located in one of the world’s most visited tourist regions, which draws tens of million visitors every year. Among its principal tourist attractions are Walt Disney World, SeaWorld Orlando, and Universal Orlando. Within easy reach, too, is the Kennedy Space Center on Cape Canaveral. The establishment of these mega-amusement parks has encouraged other investors, and there are tens of thousands hotel and motel beds in the Orlando area, thousands of restaurants, countless golf courses, and numerous other attractions great and small.Orlando has a subtropical climate with hot and rainy weather from May to October and cooler temperatures from November to April that brings less frequent rainfall. The city is also at risk for hurricanes due to its location.Orlando inspires incredible stories like nowhere else. Stories of imagination. Curiosity. And epic adventure.   Orlando is a destination where children and grownups alike can enjoy once-in-a-lifetime experiences exploring our legendary theme parks, aquatic attractions and luxurious escapes. So be open to the surprises Orlando offers. Your Never Ending Story begins in Orlando.

Here are some Tuesday to Saturday flights

Like April 25 -29 – you can see below the cheap date for departures,then click links to get cheap prices 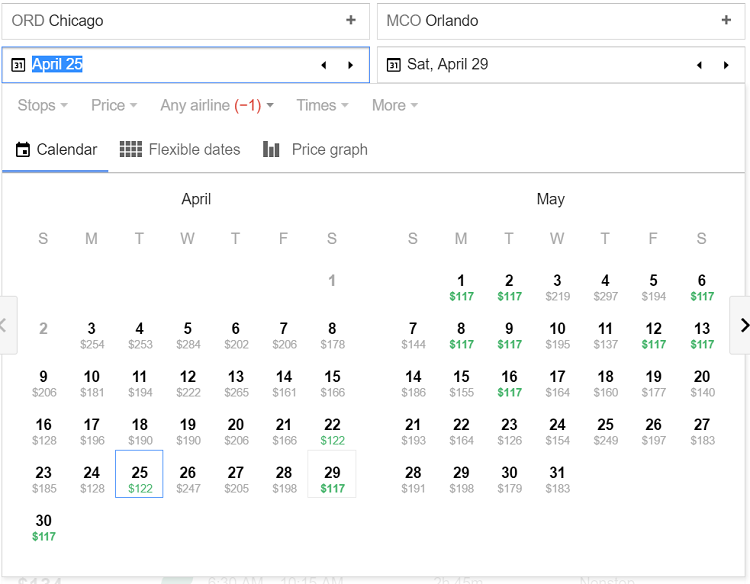