Why not hop over the pond and enjoy a week of great German beer, food and history —  Now you can take advantage of CHEAP FLIGHTS for only $440 ROUNDTRIP from LAX to Frankfurt, a great jumping off point for exploring all of Germany!  CLICK HERE to BOOK this great $440 cheap flight deal  today!

It looks like you can get this fare leaving every Tuesday in February and March 2017.

The city of Frankfurt is often considered the gateway to Europe, and boasts of a thriving diversity and cultural expressiveness. There are numerous sites to see; from historic buildings to more modern architecture; live performances, fabulous shops, and of course, people watching. What perhaps makes Frankfurt the most unique large city in Germany is that it is not “touristy”. Enjoy the German culture and its peoples without the hubbub and congestion of Germany’s other popular destinations.  Enjoy a view of the whole cityscape of Frankfurt by climbing the Main Tower. Soaring at 200 meters in the sky, it’s a beautiful spot to take pictures, marvel at a sunset, or just get a better sense of what this charming city looks like from up above. Also not to be missed is the home of the famous late writer Johann Wolfgang von Goethe, one of Frankfurt’s most prized former inhabitants. See the desk where Goethe used to write, and walk down the halls of the recreated version of where he once lived and wrote. 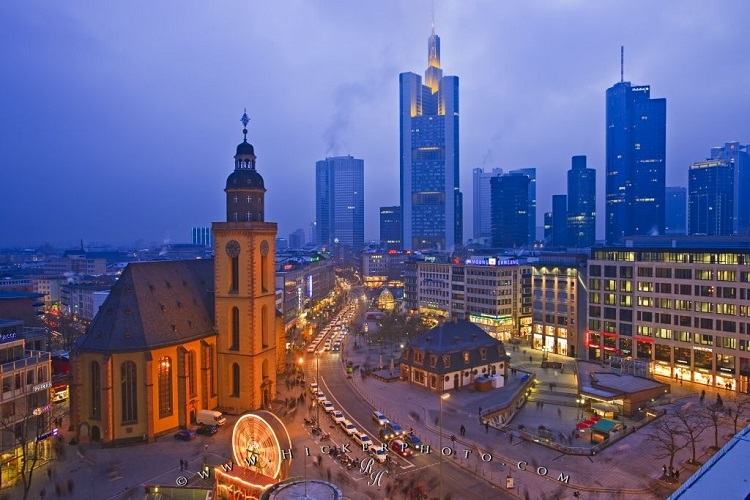 Frankfurt is famous for their Apfelwein, or Ebbelwoi, as it is sometimes called. This is a delicious and crisp alcoholic apple cider that is produced with love and enthusiasm in the surrounding areas of the city. You can ﬁnd some amazing old apple cider bars on the charming cobblestone streets of the Sachsenhausen district. The area is to be found just south of old town, and is a delightful and delicious place to spend an afternoon.  Romerberg means “Roman Mountain”, and is considered the historic centre of the city, as well as where you’ll ﬁnd the old town hall that has survived since 1405. There’s an historic square that has been a meeting and trading hub in Frankfurt since the 13th century. This is a wonderful spot to really get a glimpse into the history of Frankfurt, and see some lovely local German culture. One gets a sense that the traditions from centuries past are still very much alive in this old city square, and there a number of nice surrounding cafes and shops to linger and enjoy the atmosphere.  The birth of German democracy took place at a stunning church known as Paulskirche. Built between the years of 1789 and 1833, this building and place of worship was where political meetings were held to select the German parliament in 1848. Today, it’s open to the public, and is a great place for exhibitions and special events. It’s not uncommon for business events to be held in this coveted location. A walk through the Church of St. Paul is a great glimpse into German political history. 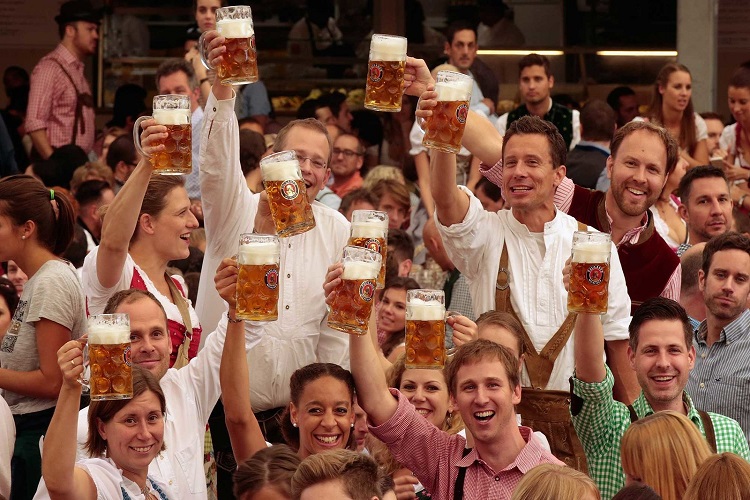