EU and UK frustrated at US travel ban extension

Officials across Europe have called for the US travel ban restricting non-essential travel to the United States to be lifted.  The ban, which has been in place for more than 500 days, prevents travelers from entering the US if they have been in Ireland, the UK or the European Schengen area in the past two weeks.

The US remains closed to tourists from the EU and the UK – a situation that has prompted frustration and urgent calls for the reopening of international travel to vaccinated individuals by industry and countries.  The UK and EU states have both slammed the decision of the administration of US president Joe Biden to extend travel restrictions, calling instead for reciprocity.

Europeans are currently banned from entering the US, while Americans can visit Europe just with proof of vaccination or a negative test. British citizens are also forbidden from entering the country, while fully vaccinated US travellers will be allowed into Britain without the need to quarantine from next Monday (2 August).

The White House said earlier this week that the extension of travel restrictions was due to concerns over the more-transmissible Delta variant.    Germany’s coordinator for transatlantic affairs, Peter Beyer, has urged Biden’s administration to reconsider the entry ban for Europeans, arguing that such measures are hampering German businesses.

“Industry above all is waiting desperately for a loosening,” he said in an interview published on Wednesday (28 July). “We’re not talking peanuts here”.   “We urgently need fact-based reciprocity in the entry rules between the US and the Schengen area,” he added, referring to the border-free region that encompasses most EU countries.   After the UK announced on Wednesday the loosening of travel restrictions on US and EU tourists, British transport minister Grant Shapps said that he expected a similar move from the US in due time.   “We can only set the rules at our end,” he said.   “We cannot change that on the other side, but we do expect that in time they will release that executive order, which was actually signed by the previous president and bans inward travel,” Shapps added, according to the AP.

Earlier this week, the European Commission said that they are in talks with its US counterparts, arguing that “there is a strong case for the US to reopen to travellers from Europe”.   Meanwhile, industry players have called for the resumption of transatlantic travelling, arguing that closing borders have not prevented the Delta variant from spreading across the US.  “Given the high rates of vaccination on both sides of the Atlantic, it is possible to begin safely welcoming back vaccinated visitors,” said Tori Emerson Barnes from the US travel association in a statement.  In his tweet, a EU official pointed out that “many EU countries” have higher vaccination rates than the US, including the Republic of Ireland, where 89% percent of the total population is fully vaccinated.   The US vaccination rate stands at only 54.9%.

“We respectfully urge the Biden administration to revisit its decision in the very near term and begin reopening international travel to vaccinated individuals, starting with air corridors between the US and nations with similar vaccination rates,” they added. 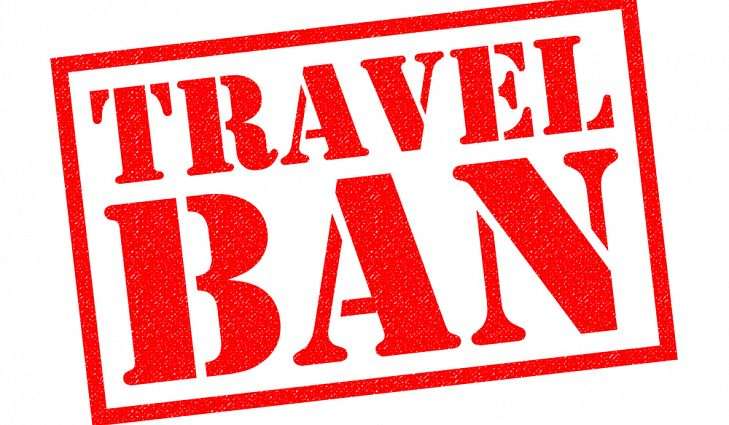