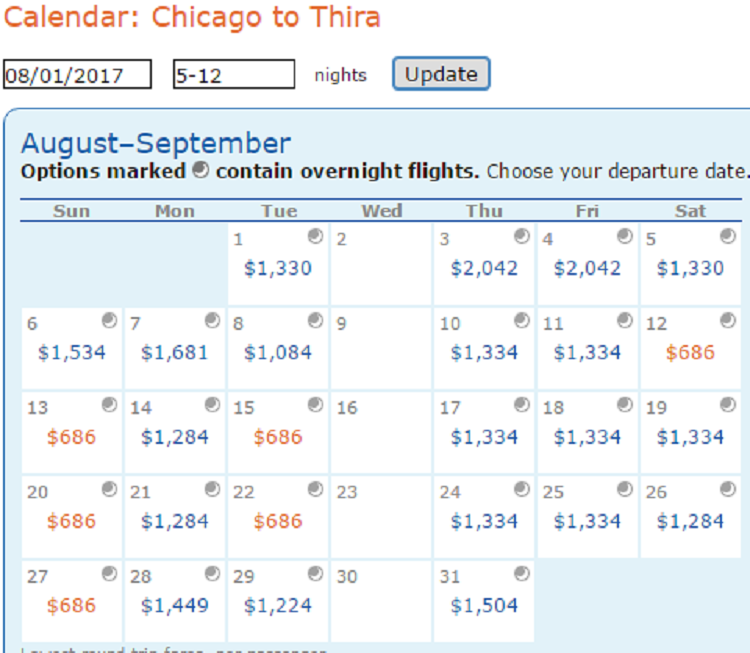 Crescent-shaped Santorini (or Thíra), the precious gem of the Aegean, is actually a group of islands consisting of Thíra, Thirassiá, Asproníssi, Palea and Nea Kaméni in the southernmost part of Cyclades.   Did you know that the whole complex of Santorini islands is still an active volcano (the same as Méthana, Mílos and Nísiros) and probably the only volcano in the world whose crater is in the sea? The islands that form Santorini came into existence as a result of intensive volcanic activity; twelve huge eruptions occurred, one every 20,000 years approximately, and each violent eruption caused the collapse of the volcano’s central part creating a large crater (caldera). The volcano, however, managed to recreate itself over and over again. 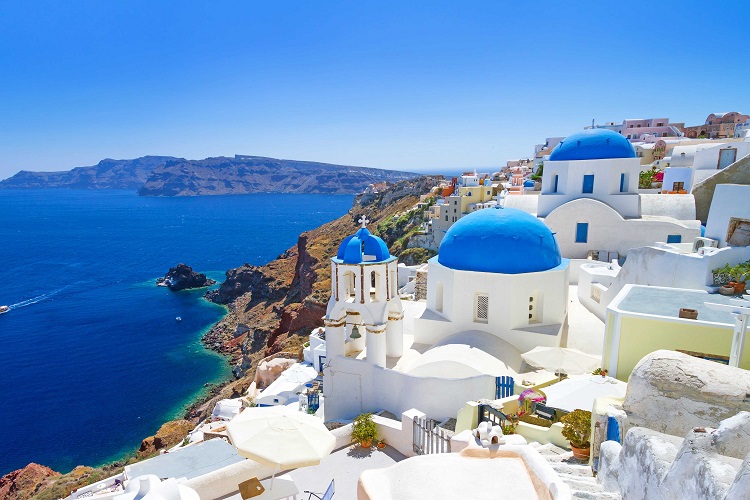 Santorini is considered to be the most sought after place for a romantic getaway in Greece, since there are not many places in the world where you can enjoy exquisitely clear waters while perched on the rim of a massive active volcano in the middle of the sea! The island has a growing reputation as a “wedding destination” for couples not only from Greece but from all over the world. A trip to Santorini with the other half is a dream for anyone who has seen at least one photo of the island’s famous Caldera and exchanging kisses beneath Santorini’s famous sunset is the ultimate romantic experience! 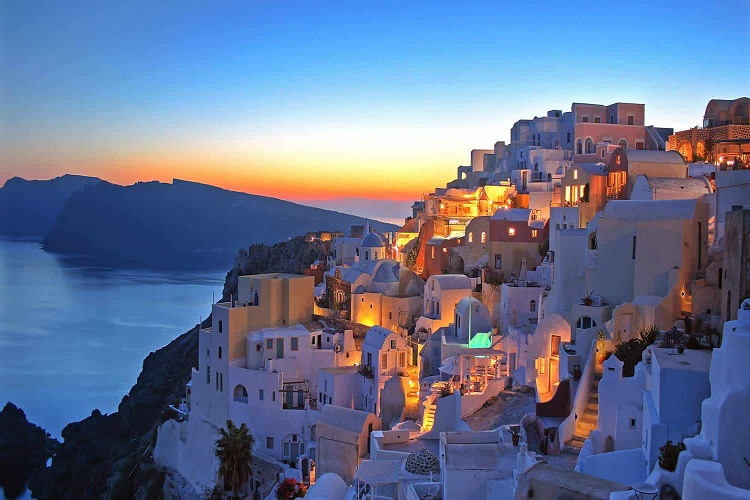 Firá is the picturesque capital of the island; perched high up on the edge of the Caldera, it looks like a marvellous painting. Firá, together with Oia, Imerovígli and Firostefáni located high above on a cliff, make up the so-called “Caldera’s eyebrow”, the balcony of Santorini, which offers an amazing view of the volcano. Other famous smaller villages are Akrotíri and Méssa Vounó, with their famous archaeological sites, Pýrgos, Karterádes, Emporió, Ammoúdi, Finikiá, Períssa, Perívolos, Megalohóri, Kamári, Messariá and Monólithos: some of the villages are cosmopolitan some more peaceful; they are surrounded by vast vineyards; whitewashed cliff-top towns with castles affording amazing views out over the Aegean. Soaking up the villages’ distinctive traditional atmosphere is a very rewarding experience.    A visit to Santorini is the ultimate gastronomic experience, as the island is a true culinary paradise! Treat your taste buds to some famous traditional products like cherry tomatoes, white egg plants, fava, caper and “hloró tyrí”, a special kind of fresh goat cheese found on the island, or why not try some of the exceptional wines produced from grapes grown in the volcanic soil of the island! Assyrtiko, Athyri, Aidani, Mantilaria and Mavrotragano are just some of the distinctive varieties that you can taste at the island’s famous wineries (some of them operate as a museum as well) or at restaurants.